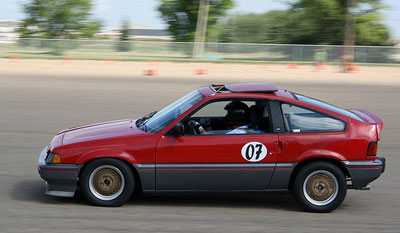 Why is it that we feel better when someone famous does what we are already doing? It’s our basic human need to be validated.

I experienced that recently. I was watching Top Gear, a British show about cars and driving fast. The most famous of the show’s hosts, Jeremy Clarkson, was interviewing Slash, the guitar player for an 80s rock band. Both of them revealed that they previously owned and enjoyed the Honda CRX (pictured). I owned one too. I loved that car, and so did Heather. While we were dating, my choice of that car impressed her.

We appreciate when our friends say they like something we like. When a celebrity says they like what we like, it’s somehow even better. At some level, we expect that famous people are so far removed from our lives that they wouldn’t experience average things like we do. Recently, Mr. Clarkson’s garage has been home to several Ferraris, and Slash has owned multitudes of Aston Martins. Both brands’ offerings are a bit more expensive than Hondas.

When was the last time a celebrity’s choice mirrored yours?

4 Replies to “A need for validation”