This is a guest post by my brother, Bill Merrill. Thanks, Bill!

I thought this was appropriate as we all approach the start of a new year.

There is a common pair of related expressions that “youth is wasted on the young” and “with age comes wisdom.” I’ve had occasion to reflect on these and other ideas about aging as I’ve hit a milestone year. It’s fun to compare how I looked at things as a younger man versus the current “me.”

Younger Me: Look at that slow driver up there! He’s obviously not in a hurry to get anywhere. He’s delaying my busy schedule! He must be at least 80 years old!
Current Me: Look at that “kid” driver darting in and out of traffic. How reckless! Would it hurt him to just slow down a little? Safer, too. (But I still go right at the speed limit vs. 10 mph under. I’m not that old yet!)

Younger Me: Frank Sinatra? Who would ever want to listen to that boring old guy singing? I’m putting on Led Zep instead!
Current Me: Mmm, listen to the nuance in Sinatra’s voice as he cradles the lyrics to “Angel Eyes,” and the string arrangements by Nelson Riddle are marvelous. How delightful! (But I still like Led Zep, and some contemporary music.)

Younger Me (settling down to read a book): Well, I see that Isaac Asimov has a new non-fiction book out on exploring the Moon. I think I’ll stick to the action in his science fiction novels.
Current Me: Wow! That nonfiction book Asimov wrote in the ‘70s on the Solar System was accessible and fascinating! Next up, the latest historical nonfiction by Eric Larson (although I still like a good SF novel from time to time…)

These changes in perspective are examples of how my attitudes towards various aspects of life have shifted as I have gotten older. I generally don’t look at the past with regrets, but instead, enjoy moments of nostalgia. I don’t see much point in saying, “if I knew then what I know now…” (aside from some investment advice), but I do wish I my younger self could have “stopped and smelled the roses” more often! (Ha! There’s another old saying that was more profound than it seemed!) 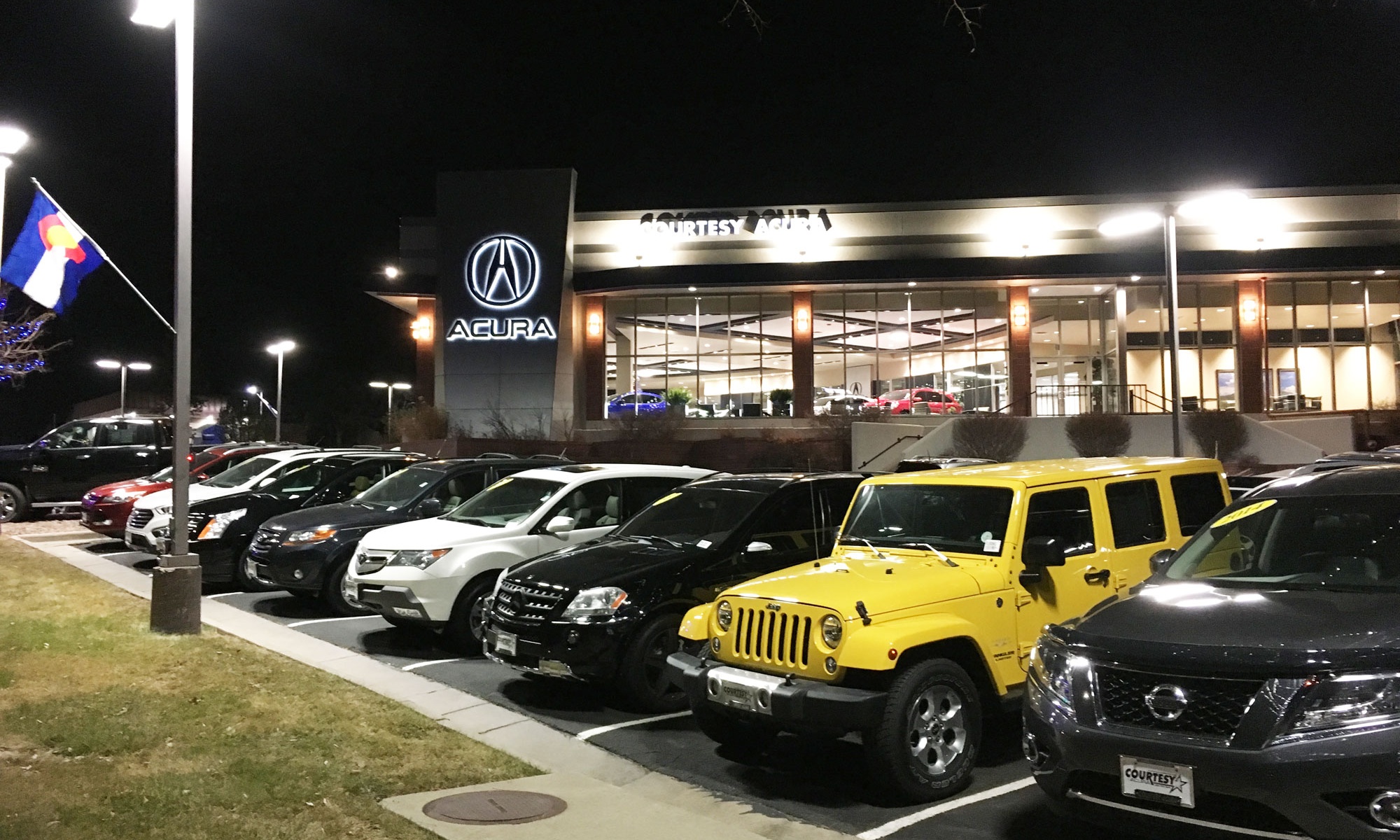 Denver gets most of its electric power from burning coal.

If Denver used less coal, our air would be cleaner.

Car dealerships use a lot of electric power every night after closing. They brightly light their parking lots and the inside of their showrooms.

I suppose they want to attract the buying public to their shiny new and gently-used vehicles.

But how many times do you see people stopping to look at those cars at night after closing? Never.

The idea is that drivers passing by will remember, “Oh, I passed by that group of shiny Acuras last night. Today, I need to see what they look like in the daylight!”

So here’s the idea: if a study was done on the difference between minimal viable lighting for showrooms and car lots at night, and their current ultra-bright usage, the dealerships could be charged WAY more for any use above the minimum viable amount. Let’s say it might cost a dealership $100,000 more a month to burn all those lights instead of the current cost of maybe $3,000 more.

Each dealership would be charged individually and have its own base vs. ultra-bright rate.

This would be more efficient than a tax. The expenses to get this system going would be a one-time occurrence. A team of contractors could do the study. The power companies would get software created to do the extra fee charging. Those costs would easily be paid for out of the first few month’s savings.

If car dealerships decreased their zillion-kilowatt light shows, we might be able to see the stars again.

Denver already does this for water since we live in a dry high-desert environment.

Sometimes we all need a little push to do the right thing.

Today, it’s bad form to say anything about gender that was the popular view twenty years ago. But it’s very acceptable to criticize religious choices.

Thirty years ago, socially acceptable norms of discussion were the complete opposite.

There seems to be a rapid change of pace in what’s OK to talk about and not talk about.

And then there are areas that are never acceptable.

Many years ago, I was flying to California with a leader I respected – and respect – a great deal. The flight allowed us to talk more freely than our normal daily work life would ever permit.

He mentioned how some people needed just a few tweaks to their personal style for their image to be improved. But neither he nor I could ever mention those tweaks to those style-deficient individuals.

That would be crossing the line.

Heather and I have several years of experience at the game of parenting. We’ve learned a few things during that journey. But the opportunities to share those lessons are few. We fear accusations of being proud or not understanding the other side.

“Lead by example” only has so much impact. Sometimes a deficit and later a positive change need to be spoken about.

Thankfully, there are always outspoken individuals. If it weren’t for them, change would rarely happen.

Here’s a fresh look at our use of resources, using mustard packets as an example…

When someone picks up too many mustard packets to go with their sandwich, they are causing a whole chain of excess waste:

Join me in pausing to think about ways we can use just what we need.