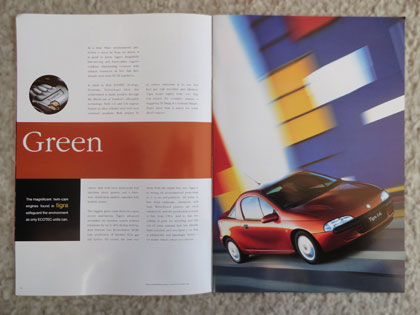 Creativity is elusive sometimes. When you reach the bottom of your cup, it can be hard to find inspiration.

One new direction is to think the opposite of the way you would normally think. The designers of this brochure, circa 1995, used a red car and primary headline bar to illustrate Green – the complete opposite.

And it worked. If the designers had used a green car and a green headline bar, the result would be … boring. 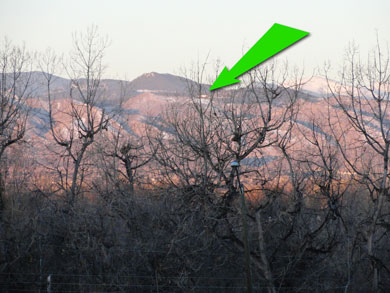 Sometimes you must act immediately. You have to drop everything and act before it’s too late.

I was engaged to a woman for a week, prior to my relationship with Heather, that ultimately resulted in marriage. The one-week engagement woman could not say, “Yes!” until it was too late. She took two long months to get off the fence and finally say yes. I gave her a deadline for saying yes, and she couldn’t. On Deadline Day, I said it was over and began dating Heather. Then she was ready to say yes. So I said yes back. For a week.

I was in agony about her reluctance to say yes. In fact, her yes was less than enthusiastic. I asked my parents what to do. They wisely would not advise me, other than to say, “Just listen to yourself.” I did – and I had to call it off.

The window of opportunity for the first woman was lost.

My wonderful wife had absolutely no hesitations when I asked. With a huge smile, she shouted out, “Yes!!”

So don’t hesitate. (I’m very glad that lady hesitated! And I’m glad Heather did not hesitate.)

The photo is a very weak capture of a moment… This is the morning view of the foothills, visible from our front porch. Occasionally, you can see the morning sun‘s reflection in the mirror-covered glass of a distant office building. On a recent morning, there were about ten shiny windows. I had never seen more than one. And it looked like sparkly Christmas lights. Sadly, my camera was not up to the duty of capturing the moment.

My next investment will be in a company that produces cash register tape. Their profits must be growing as fast as the length of tape I get with each new purchase. Print may be dying, but not in that area of the paper marketplace.

I am glad that many store sales people ask whether I want a receipt. I love it when they ask before printing one out.

Companies are fooling themselves in thinking many people will read cash register tape marketing messages. Today’s marketplace is so crowded with information that it’s good to be as strategic as possible in where you put your messages. This throw-away item is not one of the best marketing message channels.

By the way, this receipt – over 18″ long – was for just one item. And to set your mind at ease, I won’t put my money in cash register company stock.

Homeless people can be very resourceful.

Spending $250 to replace a broken side window in a 20-year old car is not an option if you are living in that car. Duct tape makes a strong and waterproof seal, if only temporary. The total expenditure was about 50c. Maybe sun will destroy the tape in six months, but then the owner will just need to re-tape the window. They’ll have the opportunity to use a new and different patterned tape!

The lesson I learned is to be resourceful. When you don’t have an option, creating a solution that’s “not perfect” is often perfect. 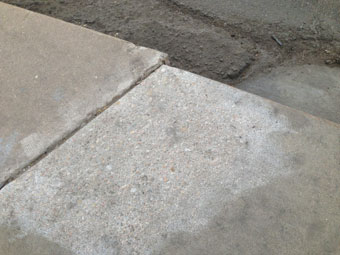 I rode my bike to the shop to pick up our car. County employees recently ground the edges of sidewalk cracks to smooth transitions between each slab of concrete. (Freezing and thawing water wreaks havoc on Colorado’s roads and sidewalks.)

My tax dollars paid for those repairs. I’m glad.

I have lived in other parts of the world where I could not see much government expenditure on local infrastructure. I’m thankful to live in a place where I can see positive results of money I give to the government.

Sometimes I like to focus on the good they’re doing rather than the things I wish they’d do differently. There is a lot of good.