I love how a great combination of words occasionally comes up with the anti-spam-bot “enter words here” widget. 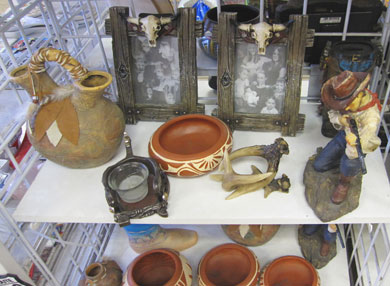 So we went to Texas last week for our kids’ spring break. As we do every time (except one – for my mom’s memorial service), we make the trek via minivan. We have driven enough times that it’s not hard. The kids actually enjoy it. And I love the peaceful time behind the wheel while everyone’s asleep.

As with any journey, there must be stops for tending to those human needs. Truck stops are our pause of choice, as they usually have pretty clean restrooms. And I always enjoy seeing what trinkets they have – that I won’t buy.

Finally, those of you eagle eyes out there may have noticed that one of the fake photos in the western skull picture frames is upside down. (Ten points!) 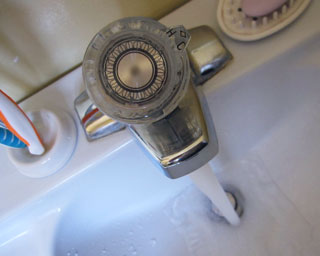 One of the things I will miss about winter is cold water. In Denver during the winter, water comes out of our taps at just above freezing. I love that for drinking – but not for our water heating bill.

I love the word “ephemera” – it means quickly gone – like vapor.

DHL used to deliver packages within the USA. (This waybill was from those days.) Now they only deliver from the US to other parts of the world (and from other countries to other countries). They wisely decided that it was best to leave the internal US market to the US Postal Service, UPS and FedEx. It does not work for there to be too many players in one market.

Takeaway: How can you reinvest your energy to an area where you can be more effective? 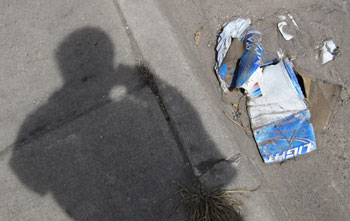 …Why people throw things out the window of their car. That is a mentality I just cannot get a grasp of.

I remember a friend in Texas who grew up in New York state. He married a woman from “the Valley” of Texas – way south. Whenever he visited her family, he was amazed at how many people there threw their trash out the windows of their moving cars (or trucks, as the case might have been).

Their marriage did not last. I don’t think their differences in trash placement was the reason.

Anyhow, I am the opposite of a trash-thrower. I actually pick it up. If it’s recyclable, I’ll do that. (My immediate family usually nods and smiles. And I try to not pick up any if we are in the company of others we know.)

Finally, my little tale of redeeming some of the bad effects of trash… when I was in Kenya, I created photographic art out of the rubbish I found on beaches & along the sides of the road. Here are a few examples. 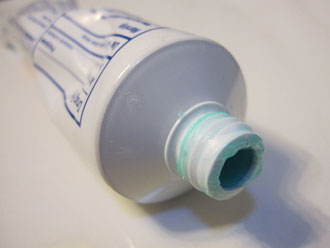 So my kids have this thing about leaving the lid off the toothpaste. Whenever I go in the bathroom we share, I see the lid missing. I get mad. I raise my voice.

Heather, being the balancing agent she is in my life, reminded me that I was making a big deal out of something small. I agreed.

How important is it if the toothpaste dries out? Not very. Is it worth paying three times more for toothpaste that has a magic lidless dispenser? No. Should I fight my kids over something so small? No.

Takeaway: Focus on what’s important today. (Reminder to self.) 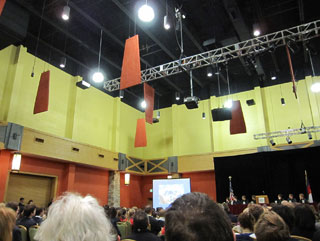 So I was sitting in a l-o-n-g awards ceremony in fancy hotel’s oversized meeting hall. Bored.

What did I see? Panels shaped like coffins hanging from the ceiling. What did Heather see? Connectors for Hot Wheels track.

Takeaway: How can you look at things differently today? And it might be good to ask someone else for their perspective on your situation or problem. 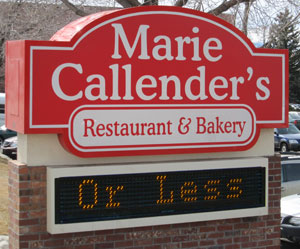 Takeaway: Please give your colleague the benefit of the doubt before you respond to that email.

This is the first post I’ve done in a long time where I don’t have a picture. Reason? I’m dead serious about the subject matter. And I’m not highlighting a shiny bit – in fact, I’m highlighting a very tarnished bit.

The American health care system is really badly broken. I know that Obama can’t fix it. I don’t think anything short of a world war or a huge economic collapse would make any difference in the system.

So here’s our story. Jay, our 16 year old, does gymnastics. In the course of that, he has had various injuries. (Just about any sport will cause some level of injury – but that’s another post.)

He hurt his back and after maybe two months of pain, we broke down and took him to a back specialist MD. They insisted that he get x-rays before seeing the doctor. The x-ray clinic within the hospital was going to charge $460 for 3 x-rays. Since we have catastrophic-only health insurance, Heather said she would pay cash. They cut the price in half. Then she asked if they could just do one x-ray. No. She said goodbye. Back to the doctor. “Is there any way he can examine my son without x-rays?” “No!” Quietly, one of the doctor’s assistants told of an x-ray place about a mile away that was not part of that hospital’s network. Their price? $60 for 3.

Back to the doctor for the exam with economy x-rays in hand. No problem. Those did the job. The doctor asked that Jay get an MRI. Normally $4,000, but they said there was a place that would do it for $300.

We said no to the MRI. Instead, no gymnastics for a month. After that, maybe we’ll do an MRI.

My final word? Insurance… a huge problem for our country. Massive cost over-runs. Huge medical lawsuits… an incredible problem. Our country cannot pass any laws to cap those. Shame.

We all pay for it.

This glorious symmetrical juxtaposition of spam subjects was too good to ignore.

I never open these messages, but I do check my spam folders on occasion – inevitably, there is a real email in there from a real friend that I would regret not reading. (But no one I know ever writes about things shown in this random spam art.)

Takeaway: Look for the beauty in unexpected places. (That’s a central part of the Shiny Bits of Life ethos.)