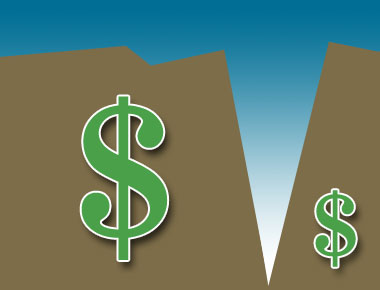 “Both liberal and conservative economists agree that, yes, income inequality has increased since the 1970s.” -Andy Serwer, the managing editor of Fortune magazine. That is from a telling editorial he wrote in the September 2, 2013 issue.

Andy went on to basically say he did not have a solution, except that increasing the value of education is a start. I completely agree with that approach.

A Wells Fargo ad just four pages later was an interesting juxtaposition – touting the value of their customers taking out home equity loans to pay for things like a child’s Tuscan (Italy) wedding.