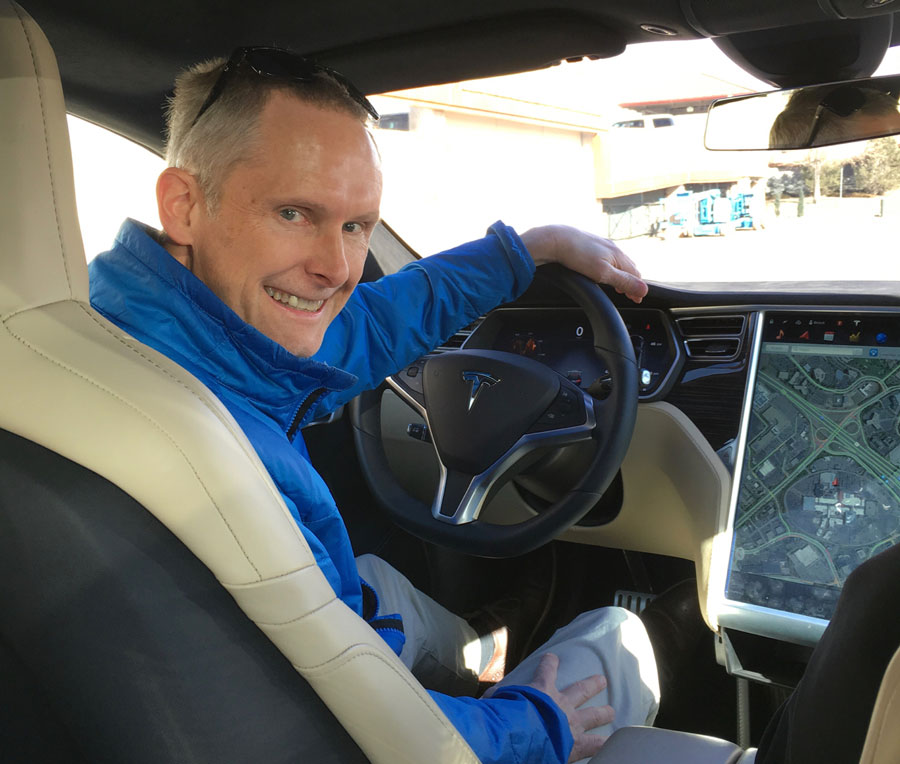 The acceleration was breathtaking. The amenities were amazing.

I’d say I want one, but it’s so far out of the realm of possibility that I’ll just say it was a lot of fun.

Our test drive was totally free. Mark set up the appointment to take a Tesla P90D for a spin. He drove out, I drove back. His son Zach spent the whole time sporting an ear-to-ear grin. Our salesman Drew completely understood that we wanted to go fast and have fun.

We tried out the auto-pilot mode – the car drove all by itself. Parking with no assistance was effortless.

Little features like the dashboard’s real-time speed limit sign display were captivating. Design inside and out reminded me of the perfection of many Apple products – like door handles that disappear after you’re in the car.

Tesla run on pure electric power – at least as pure as the source of that electricity (which isn’t very clean when coming from a coal-fired power plant). Electric motors have much smoother power delivery than any gas or diesel engine can provide. From 0-60, it was one smooth rush.

I’ve never tried cocaine, but this is the automotive equivalent. The acceleration was completely addictive.