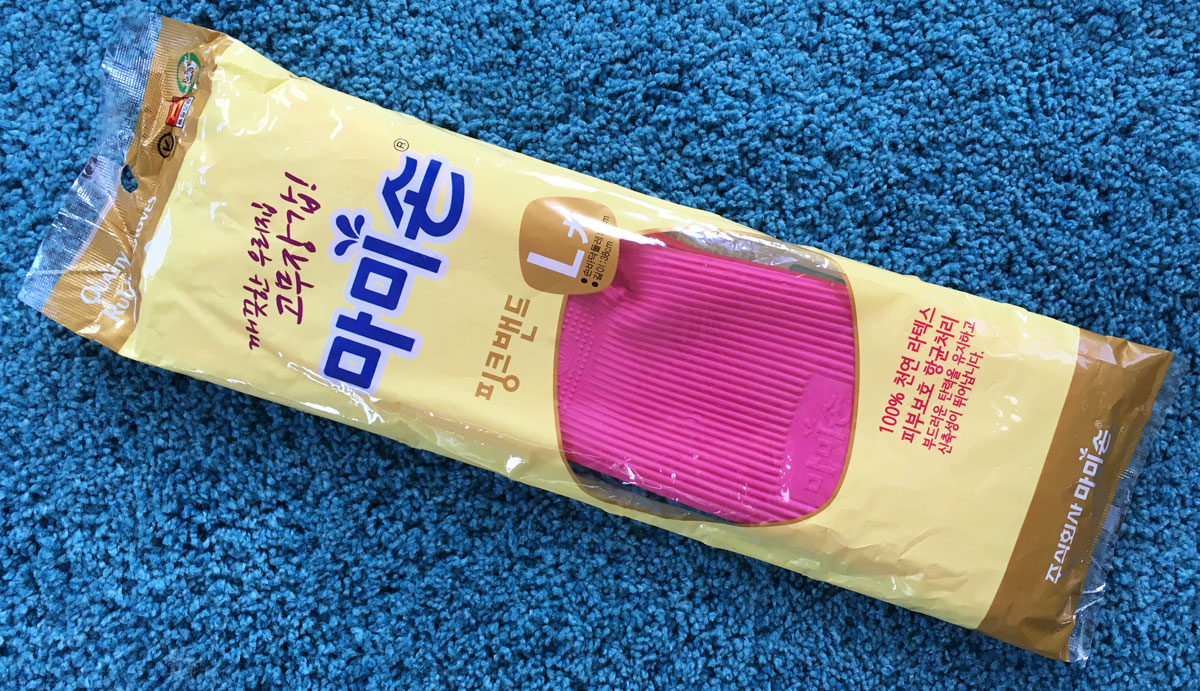 I never knew that the best dishwashing gloves are made in South Korea.

Somehow, I discovered that fact and bought a pair through Amazon Prime.

And they are amazing.

My skin is naturally dry, so if I wash dishes by hand, my hands quickly dry out. So I enjoy protecting them with a second skin of latex.

These gloves fit well and are not impossible to get off when finished using. The outer rubber-ish material is grippy enough that dishes won’t slip out of my hands very easily. (And I have broken a dish or two over the years!) They are much longer than typical gloves, so you can wash pots and pans in a deep sink.

I can’t give an endurance report yet, but they definitely seem to be stronger than the U.S. supermarket varieties that I’ve used in the past.

Shortly after I bought them, some friends visited whose grandparents are from South Korea. They confirmed the superior quality of Korean dishwashing gloves and mentioned that the extra protection provided by these amazing gloves is valuable when preparing spicy kimchi. (The powerful spices in some varieties of kimchi can eat away at skin but are relatively harmless to the stomach.)

A win for South Korea!