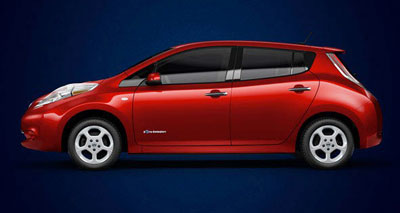 Nissan is slowly rolling out a new car, the Leaf. They will be the first mainstream car company to have a fully-electric car on the mass-market. You might think I would love this car… it offers zero emissions, is small and has low running costs.

The rough cost per mile is supposed 5c (US), not counting the initial cost and depreciation. My recommendation? Buy a used Toyota Prius. I saw a 2004 recently listed for about $9,000. At a very conservative 40 mpg, it only costs 6.5c a mile to run.

Even if you bought a used Prius for $17,000, it would take more than a million miles to pay for the difference!

And zero emissions? If your power plant runs on coal (which ours does), all you’re doing is moving the emissions to the power plant rather than your tailpipe. Some say that car manufacturers are still in the early phases of using these new technologies – and that electric car capabilities and prices may drop. The latter two are true – but they have been trying to do electric cars for more than twenty years now. It’s only recent governmental pushes that have moved things further forward.