This is a guest post by my brother Bill. I also lived under that anti-commercials paradigm – so it’s ironic that my work involves marketing and advertising. But I do use the remote to mute commercials, the vast majority of the time. 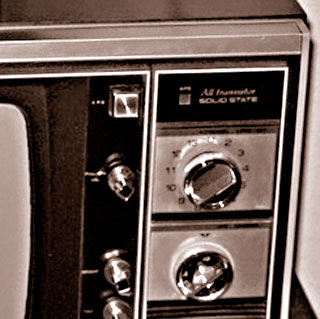 Growing up in the late ’60s and early ’70s, we kids knew there was a condition in our home for watching TV. Our dad had a firm rule that the commercials had to be turned down! As this was before the invention of remote control devices and “Mute” buttons, it involved jumping up from your seat as soon as a commercial break started, running to the TV set and turning the volume knob counterclockwise all the way. Then the whole process would be repeated in reverse once the show was back on. He did this because he wanted to spare us (and the adults) from the experience of having commercial jingles running in our heads (or humming them around the house). In those days, most commercials contained a jingle (song) written specifically for the product, and they were indeed quite catchy. A few must have snuck through from those infrequent times when commercials weren’t turned down – to this day, I can sing you the opening bars of “Wouldn’t you really rather have a Buick?” or “Winston tastes good, like a cigarette should.” (Yes, cigarette commercials were allowed on TV for part of that time.)

Thinking about all of this made me wonder when exactly jingles went away, as they are very rare now. A television viewer from that era would be put off by what we see today … commercials now to involve a lot of action/motion and quick cuts. (I could do with fewer quick cuts, myself.)

Photo is a modified version of a Flikr photo by theterrifictc.