There’s a whole swath of companies that sell “health products” and quasi-political organizations that spend a lot of money making more money by targeting older adults in the USA.

I know this because my 87-year-old father-in-law gets approximately a pound of mail from these groups every day.

With few exceptions, his junk mail has these characteristics:

The worst part of this is that many older adults living on their own do not have the discrimination to identify a scam. So they give – or buy.

The best tip I can provide to combat this scourge is that when there’s a post-paid envelope in their mailing, return the part of the mailing with the addressee’s info on it in the post-paid envelope with this message: “TAKE ME OFF YOUR MAILING LIST.” That way, they will pay double to not get any business. (And they only understand text that’s in all caps.) 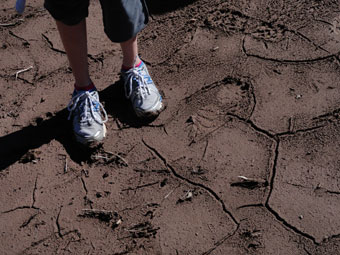 One thing I’ve learned as I’ve been a parent of three kids is that you must let your kids get muddy.

We were hiking up near an alpine lake, and the water level was way below normal. The water must have drained fast, as the remaining lake bed was one big mud pit.

My kids know me well enough that they asked Heather and me if they could run around out there. I had no problem saying, “Sure!” In fact, I joined them.

I’ve seen a lot of parents doing the “helicopter parenting” thing – swooping in whenever anything goes wrong and rescuing their kids from harm. Sometimes kids have to learn the hard way. Of course there’s a balance in this… you don’t want your 3-year old to learn about hot stove burners the hard way. 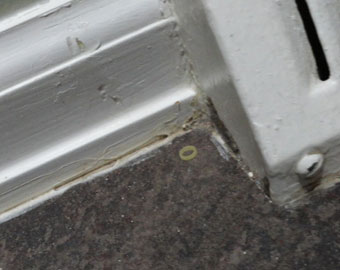 Two of my kids are wearing braces. They use these little rubber bands. Those bands end up all over the house. The car. The driveway.

It drives me crazy, as I’m related to Monk. So I could whine about that to my sons. Or demand that they pick them up and dispose of them. (I’ve done both.)

Or I could let it drop.

I’ve tried to change their behavior on this. No luck. I realized that I needed to step back and spend my critical energy on things that are far more important. They can only take in so much criticism, so I need to use it wisely.

Even if you’re not a parent, you can apply this to just about any relationship. Go forth and do so.

And you have to really look carefully at the photo to see just how small the rubber band is (5 mm or .2″.) 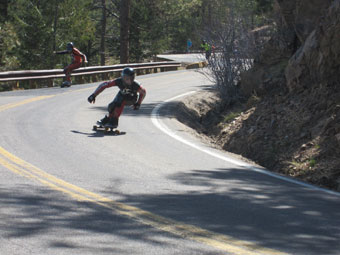 I point you over to Elizabeth Howard’s blog where I’m guest posting today… thinking about ways you can make your summer last longer than just a few months. 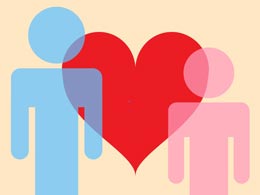 This is a guest post from Tim Gier. He blogs thoughtfully here. I will always be grateful to Seth Godin, who made the introduction, even though he has never met either of us.

In 1977, I was 17 years old. I began my college career at Brandies University in Waltham, Massachusetts. I had always known that I would go to college, and I knew that I would go to a school in Massachusetts, my birthplace. Even though I was only a second generation American, from where I sat, I was part of the heritage of this country all the way back to the Mayflower and Plymouth Rock.

But, I didn’t last. I dropped out of Brandeis before the first semester ended. My head wasn’t in the game, nor was it in the game when I enrolled in the University of Florida. I think that second college excursion lasted only a few weeks. I wanted to get on with living and figured I knew enough already.

Do you know how something nags at you all the time, like a scratch you cannot itch? I’ve felt that way my whole life. My mental picture of myself always included a college diploma, and that picture was always incomplete.

Fast forward 25 years. My younger daughter Melissa graduated from high school in 2002. Like her sister before her, I expected her to enroll in the University of Florida. My kids lives wouldn’t have missing pieces like mine did. Unfortunately, Melissa and UF had different plans. When she wasn’t accepted, she went to work.

Melissa began working at a local child care & activity center. It was a challenging job which required a lot of patience. Luckily, she didn’t inherit my impatience! Working long hours for low pay, she eventually got a second job at a church day care facility. Melissa’s a spit-fire, and when she’s on the job, people know and remember her. So, she often had opportunities to babysit for people as the result of her daycare work. She ended up babysitting for the regional vice president of a bank.

Not long after meeting him, the bank officer offered Melissa a job, which she readily accepted. She rose quickly at the bank. Then she did something which surprised and impressed me. While working full time in a career position, Melissa re-entered school, taking a full load of classes online. Night after night she’d study and push herself to do the best she could.

Because good things come to those who hustle, after a couple of years, Melissa had an opportunity to take a job with the US Federal Government, working for the Department of Veteran’s Affairs. Her older sister works there too.

Last year, Melissa graduated from the University of Florida, with a degree in Business Administration, having never stepped foot in a college classroom. She’s an amazing kid, and I couldn’t be any more proud of her than I am.

And me? Well, two years ago I realized that only I could finish the incomplete picture of my life. With my incredible daughter as my inspiration, I enrolled in college after 32 years. I’ll graduate in 2012.

Parents are supposed to teach their children well, and I have tried to do what I can. But I’ve learned more from my children than they’ve ever learned from me… patience, persistence, goal setting, and a made-up-mind are all one needs to accomplish great things.

When I grow up, I want to be just like my daughter. 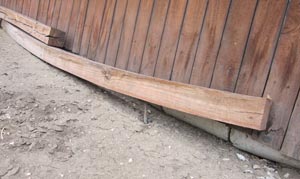 This board clearly was not happy conforming to the path the fence-maker intended. So it went its own way.

Depending on how particular the fence owners are, it may not last in that role very long.

As someone works for you, it’s good to recognize their natural bends. Both you and they will be happier as a result. If you, as their boss, can let that co-worker’s bends work for you, you will both succeed. The same exact principle applies to parenting. But in both cases, it’s an art to find those bends. 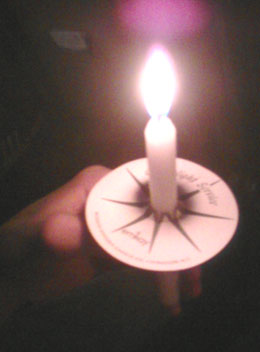 On Christmas eve, the family and I went to a nice service at our church. Toward the end, we did a candle-lighting thing, where everyone lit the candle of the person next to them. The ceremony itself had little meaning for me. But my reflections during the ceremony were deep. And sad.

I looked around at the families whose kids were small enough that they were given glow sticks to hold rather than a live flame. I realized the time between when my kids were that age – and now – seemed like just a few years. But it has been more than a few years.

So as you start your new year, seize the day. Enjoy those moments with your little ones, even though it’s a pain to chase them as they run across the room. Soon they’ll be running across the country. 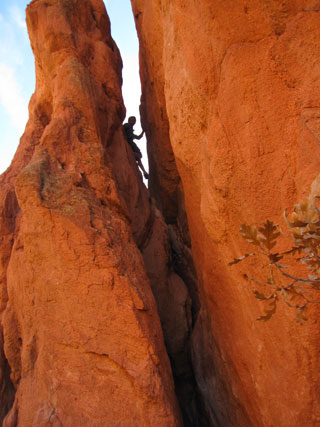 Our oldest son, Jay, is 17. He will be gone from our home not long from now. Hard to imagine – but it’s something many of my friends and their kids have already been through, so I know it’s do-able.

Anyhow, my little point for today’s lesson* is that you have to let your kids try things that other parents may consider risky. (That’s Jay up there in that crevice of the rock.) Heather struggles a bit more with what others think than I do. (We’re a good balance for each other!) But she is sometimes more willing to let the little birds leave the nest than I.

Parenting always involves stretching boundaries, on the part of both parents and kids. Let’s be willing to let the other try things and sometimes fail.

* And I’m preaching to myself on this one too. You know that by now. 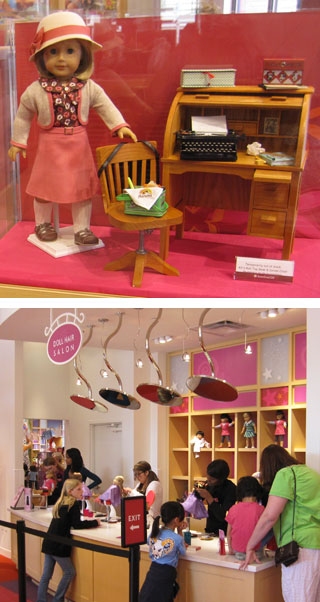 Rachel went to the new American Girl Doll store near Denver a few weeks back. After she came home, I asked, “What did you think?” Her first reply: “It was too expensive.”

I was a proud dad.

I did not join her for that excursion. When I happened to be near the store a week later, I had to drop in to see it for myself. That’s when my reflections started. I do agree with her that nearly everything in the store is not priced for ordinary folks. The lower pic is a hair salon – for your doll – at something like $20 a pop. Mind you, it’s hard for me to think of spending $20 to style the hair of a doll when I know that that same $20 could feed a hungry family in Kenya for several days.

But the other side of the coin was thinking that I have colored my kids so much to be always thinking about what things cost that they are warped that way. For good and bad, our kids reflect us.