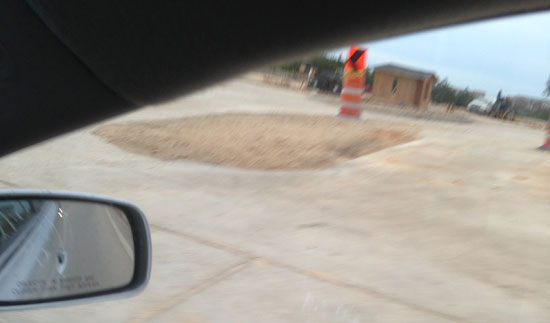 This is a guest post by my brother Bill.

Last week I drove from San Antonio up to Austin and back to attend a music show. On the way up, there was a 45-minute delay due to construction. At three consecutive points along the access road to the freeway, the entrance ramps were closed. Traffic slowed to a crawl and I thought, “Couldn’t they have done these one at a time instead of all at once?” I began to get frustrated, but then did as I usually do in traffic jams. I thought about the words of the Serenity Prayer’s opening stanza. It was a reminder not to get stressed out over something I could not control. This actually works for me, as I normally do not get anxious in a traffic jam unless it’s going to make me very late for a scheduled event. In this case I had the extra time.

Later I had a second opportunity to use the Serenity Prayer. I was heading to the (new-to-me) concert venue, trying to locate it using the Maps app that came with my new iPhone. Maps turned out to be very ineffective, giving wrong directions and distances. Again, contemplating the ideas in the Serenity Prayer, I was able to calm down somewhat, although not as well as during the traffic jam. This time there was a risk I would miss the start of the concert. (Fortunately I did not, as it began 20 minutes late.)

The concepts in the Serenity Prayer are simple yet profound. Regardless of one’s religious preferences, they can have value. Here is the opening stanza.