Skip to content
This is a guest post by my brother Bill, for your enjoyment. (Thanks Bill!)
hi 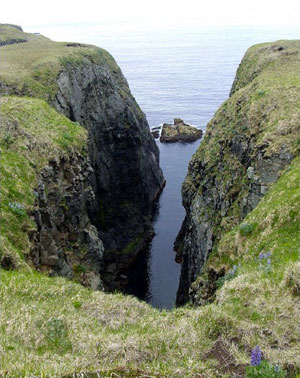 Lately I’ve been thinking about generation gaps. (From this point on, I’ll refer to them as GGs.) I will turn 57 in a few weeks (the new 52). While I don’t have any children, I do have a group of beloved nephews and nieces, ranging from young children to adults. In my volunteer job, I also work with a bunch of twenty-somethings. I’ve sometimes been reflecting on our differences, and also trying to remember how I viewed the GG when I was on the younger side of it.

Here are three stories and observations to expound on my perspective.

When the Beatles debuted on the Ed Sullivan Show in America, they caused a huge stir on both sides of the GG. I sometimes wonder what ol’ Ed thought as the foursome performed to that screaming studio audience. I’m sure his reaction is well documented, but I’ve never gotten around to reading about it. Maybe he thought, “Wow, this is really awful stuff! I hate this so-called ‘rock ‘n’ roll,’ but I’m gonna LOVE the ratings for this show, and the news we’re making!” In any case, when I feel irritation or other negative emotions about today’s popular music (especially hip-hop, which is I do not like), I usually also think, “My reaction is probably the same as the older generation’s reaction to rock ‘n’ roll back when it was getting big.”

My “baby sister” is twelve years younger than I. Her next oldest sibling is seven years older. When she was going through high school, all three of us (her older siblings) were gone to college and/or starting our adult lives. My dad was in his sixties then, and while there was love, there was also a lot of friction over dating, ear-piercings, and other issues. I’ve always felt that the pair of them had TWO GGs to deal with, or maybe a double-wide GG, since my dad was so much older than her. (I don’t think my mom factored into the situation as much, possibly because she was nine years younger than my dad.)

Here are a few things that annoy me about “the younger generation” today: the backward ball caps, the smartphones attached to their ears or thumbs (and the need to use the gadgets seemingly every couple of minutes), their “need for speed” on the freeways, the style of pants worn by young men… (I could go on.) Then there are more serious things, such as the fear I have that their ability to communicate normally with fellow humans has been reduced by electronic devices. Plus there are things I just don’t understand or “get” – many of the texting acronyms, the constantly new social networking sites/apps that keep popping up (what is Vine?), etc. Of course, when I look at this list, I see a few that could have described ME when I was young (ex., need for speed).

If I could go back in time and give advice to my younger self, there are many things I’d recommend, especially being more tolerant and respectful of my elders, because one day, I would be on the other side of the GG divide! Sadly, my younger self probably would have been pretty scornful of such advice.