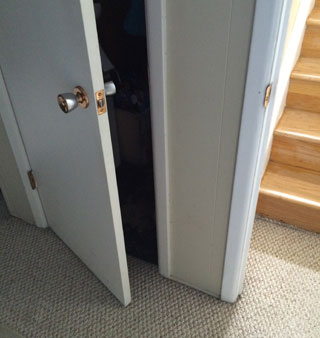 Every Sunday they played so well. Sometimes the music touched my soul so much that I cried.

We were part of a church in Oxford, England called St Aldate’s. One Sunday, on the way home after church, I told Heather than I wanted to play the bass. I have always been able to hum the bass line in my head. I played violin in elementary and middle school. My sister is a professional musician. My dad could pick up any instrument and create music in less than an hour.

We returned to live in the States, and Heather bought me a bass, an amplifier, and a few learning videos – including one by a favorite bassist, Abraham Laboriel. I spent a little time trying to learn to play. It was not as easy as I hoped. I tucked the bass in a corner. A year later, the bass went into the basement closet. Two years later, I sold it.

Seeing the bass in the basement became a guilt trip for me. Heather bugged me to wipe the dust off and give it another try. We finally realized it was not going to happen, and I admitted defeat.

Selling that bass was a freeing experience. So maybe if you let go, you will find freedom. But maybe it’s worth fighting till you win.

Footnote: There is no period – or full stop – after the “t” in St.” That’s just how they spell it in England.

One Reply to “The bass in the basement”