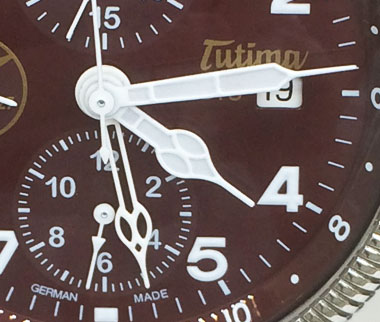 I love expensive watches. But I would never buy one.

One warm fall day I was driving north on a major street in suburban Denver. At every stop light, my $3,000 Toyota arrived slightly before the $100,000 Porsche in the lane next to me. Both drivers were accomplishing the same thing – going from Littleton to Denver.

A $2,000 Tutima watch tells time maybe just slightly more accurately than a $30 Timex. Its intricate detail is beautiful to behold. The owner knows that he supported a craftsman in Germany rather than a factory worker in China. If the owner breaks it, his tears will last much longer than those of someone who breaks their Timex.

But the Tutima owner is buying exclusivity. He may be the only kid on his block with that model. He knows that his wrist is holding a reflection of high human achievement.

How long does the pleasure of buying an expensive watch last? For some, a long time. For those with many, probably a short time.

I do grant a peer-review aspect to the equation. If a real estate agent is trying to sell a $2,000,000 house, she may not want to be seen wearing a $35 watch. With a Patek Philippe on her wrist, the message is, “I’m in your league.”

Which watch will you buy?

4 Replies to “They do the same thing”