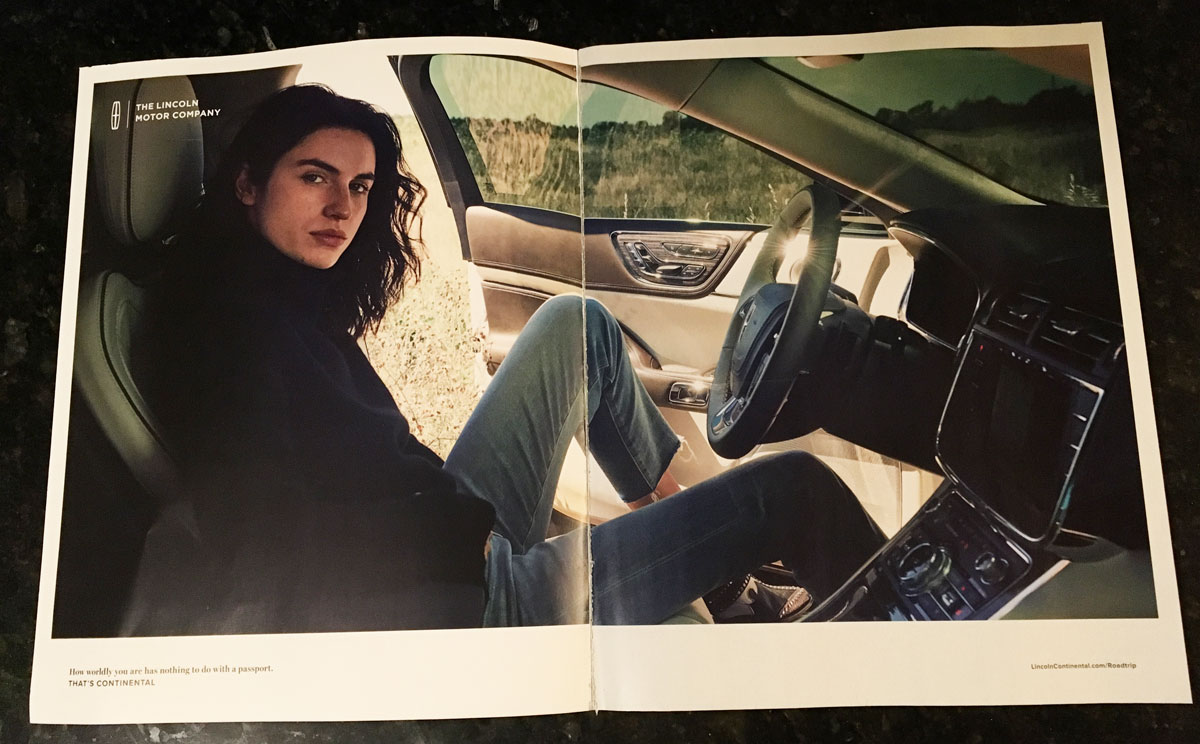 This ad appeared in the February 2017 Fast Company magazine (in a very high-priced spot – the inside front cover). Lincoln paid a massive amount of money for the ad series, shot by renowned photographer Annie Leibovitz.

No matter how much the critics like the car.

Yes, it would have been appropriate for Lincoln to push the envelope in their marketing – but not so far.

Maybe they should have put kids under 10 behind the wheel – that audience will need to buy cars, eventually.