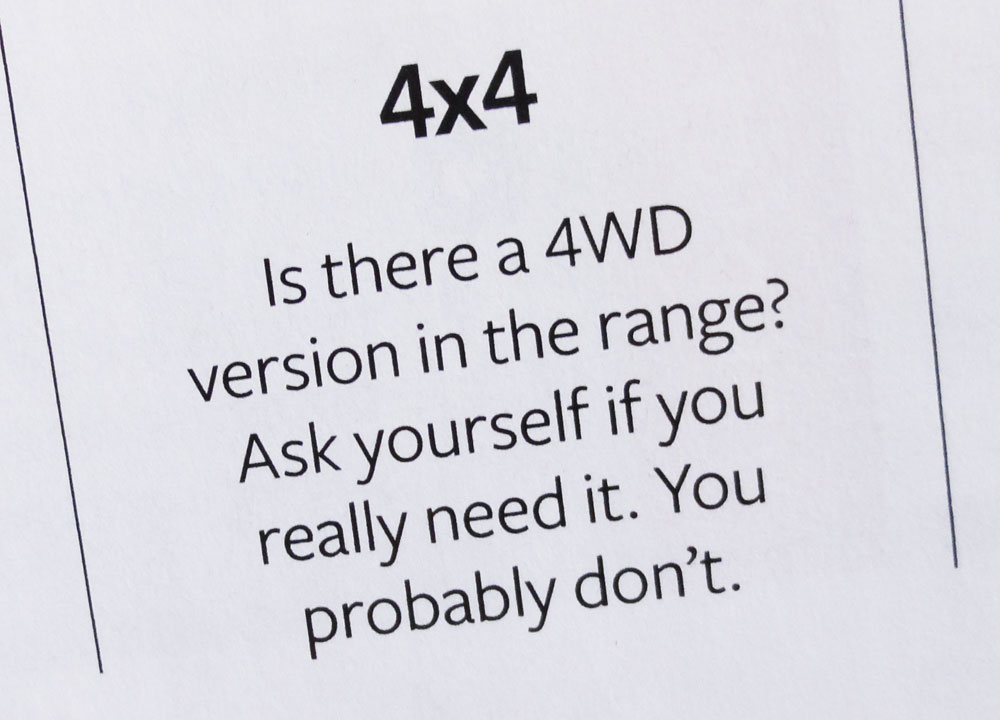 This quote, “Is there a 4WD in the range? Ask yourself if you really need it. You probably don’t” is from Top Gear magazine.

Top Gear is more than a popular British TV show – it started as a magazine and expanded into television, garnering a far wider audience than the magazine could ever hope for.

Back to the quote – you would never read that in an American magazine, but it makes sense in a British context because:

Having said all that, if you are in the market for a new car and don’t live in a place that gets a ton of snow, I would urge you to consider a car that is front-wheel drive.

I live in a suburb of Denver and have never owned a 4WD vehicle. We get an average of 57 inches of snow a year. In my 20 years of commuting here, I have only gotten stuck in snow about two times.

We bought a set of snow tires and wheels for one of our cars and even take it up to ski. We’ve never gotten stuck.

I’m not condemning anyone who has a 4WD or AWD vehicle. They’re great. I’m just asking you to consider a car if you are in the market for a different vehicle. And if you like off-roading, you can rent a Jeep.