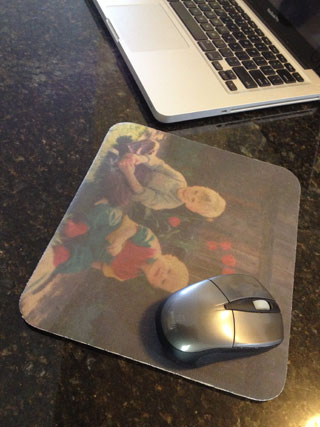 My in-laws gave Heather this lovely mouse pad, back when our boys were about 2 and 4. The oldest is now in college.

Things fall apart. In this case, the rubber on the back of the pad started to deteriorate. Fine powder began spreading around the home-office… time for the trash bin.

But thanks to the wonders of technology, I can remember that mouse pad for many years to come.

I would urge you to do the same. Take a photo, and then throw the darn thing away.

Click on each word for > more in this series. 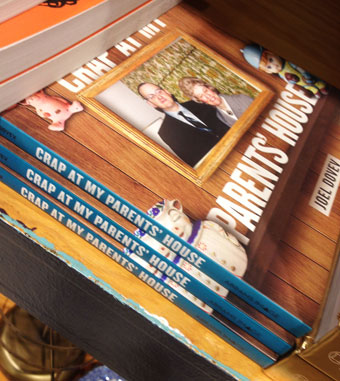 I love Urban Outfitters. My sister introduced me to the store when she lived in Chicago. They have a collection of eclectic clothes and weird stuff that I occasionally spend money on.

So this book on their shelves caught my eye. My wife Heather spent the better part of six months dealing with this very issue at her parents’ house. They were pretty much too old to deal with getting rid of a house full of stuff before they moved into a much smaller home, so that joy fell to Heather. I helped some, but she did the vast majority of filling the shelves at the local charity shop.

My dad was a huge collector. After he died, it took my mom more than six years to clear out all the stuff that he collected, before she was able to move into a 1-bedroom apartment. (She didn’t want to buy a condo, as she felt like it would be a burden on her kids to have to sell the place!)

So I guess my only point is that if you don’t buy that junky thing that catches your eye, your kids won’t have to give it away later.

1. Special thanks to my friend James Taylor (not the musician), who inspired this post.

2. Here are some related posts I wrote: Not going to buy it, Let it go, Recapturing that lost childhood and That collector gene.

3. I did not buy the book. And I was amused to see that as of this writing, it was selling for just $1.48, used. Apparently several people decided they didn’t want their kids to have to give it away, much later. 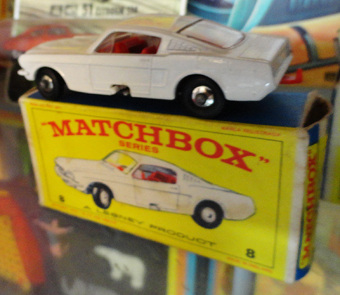 During the summer, I saw an amazing toy car collection worth thousands of dollars. It was not in a museum – but in a home office. Few people beyond the collector, his wife and daughter ever see these cars.

So why would he invest so many hours and and so much money in that? (One small set alone is worth about $1,000.) My theory is that he is trying to recapture some of his lost childhood. He remembers when he saved up and bought those cars when he was a kid. As a proportion of his income, the little cars might be similar in what they cost him today, maybe.

I collect little cars (in spite of my primary emphasis on collecting digitally). I don’t pay very much for them. I don’t collect very many. But to anyone who visits my home office, they will see probably 6 or 7 little cars lined up, looking at me. Am I trying to recapture some of my lost childhood? Maybe. Mostly I just like cars and it’s fun to see those little cars every day.

What’s the difference between the previously mentioned collector and me? He goes to great lengths to find specific models. He’s willing to pay a ton when he finds the pearl of great price. I just randomly pick up a Trabant when I see it at Walgreens. Or a friend will give me a Mini.

By the way, the model shown is from the amazing collection. (He very kindly let me take several pictures – which are in now my digital collection.) That white Matchbox Mustang is one that I owned when I was a boy. Today on eBay with the box it costs $100. Sadly it won’t regain a place of honor in my collection. 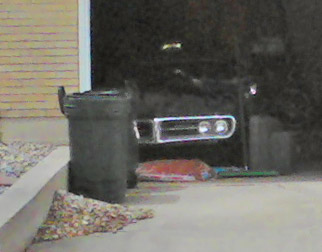 A gentleman not far from my house has a Firebird in his garage. It’s a shelf for things to rest on during their journey to other destinations. And it harbors a major dust collection.

My guess is that it’s a source of guilt for him. Every time he sees the car, he thinks, “This weekend, I’ll start renovating it.” The weekend starts and he realizes he has lots of other things to do. The weekend finishes and the Firebird has been neglected. Again.

If I knew Mr. Firebird owner, I might suggest that he sell the car and give up that dream of restoring it. He’d then free up a slot in his garage – less snow removal on snowy mornings for the car in the driveway. He’d release some cash to be used in whatever fun or worthy cause he can come up with. And the Firebird might end up being restored by the new owner.

My point? Give yourself permission to get rid of that project you’ll never do.

I took the photo with my phone’s camera; thus the poor quality. 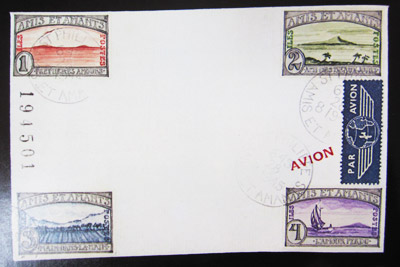 We recently got rid of a bunch of books. One of them was “The World of Donald Evans.” My parents gave it to me as a birthday gift, a long time ago. It’s a fascinating look at fictional stamps this artist created before he died at the age of 31.

I realized I had not looked at the book in almost as long as I’ve owned it. So I sold it on Amazon… but not before I took some representative photos of the content. So now I can remember that lovely gift, without my kids having to give it to a charity shop when I die. And having to take the time to do so. If they want to dig through my old hard drives, they can do so. But those will take up the space of just a few shoe boxes. Or by then, a small flash drive. Or a small bit of the cloud. (But I like owning my own data!!)

I’ve written about this before: here and here. But I feel strongly enough about it that I wanted to remind you of this concept. 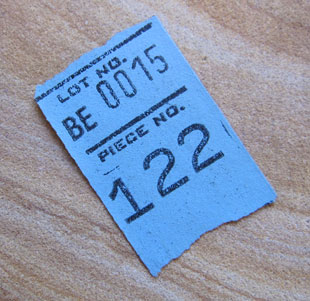 Recently I went on about how great it is to go analog – by writing or receiving a letter. Today I’ll backpedal. I think you should not save everything. Simply take a digital photo and then throw whatever away (or give it to your local charity shop). You will save yourself the hassle of throwing it away later.

At one time in my life, I may have saved this little moving tag. It’s a remnant of an era that passed several year ago. I may have put it in an envelope for looking at on a rainy day. (It rarely rains in Denver, though.)

And those analog letters you receive? Recycle them. If you really like them, save a few – but not all. (If your dad lives in a different town and never writes – and you finally get a real letter from him – by all means, save it! Just strive for balance.) 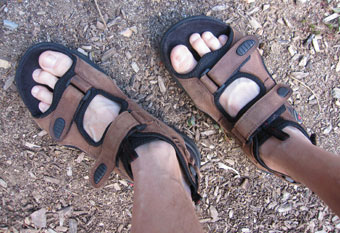 When I was a kid, I saw a lot of Sunday school materials that had illustrations with Jesus wearing sandals like these. As the summer that’s just ending was starting, I decided to get a pair of summer cool footwear that was more comfortable than these sandals. (I had worn these for maybe five or six years.) You see, they never fit me very well – I have very skinny feet, and few shoes adequately fit.

I kept the sandals until a few days ago. I decided that since I hadn’t worn them all summer, they must be off to the Goodwill. (In UK English, that’s “charity shop”.)

So my feet are a little less like Jesus. 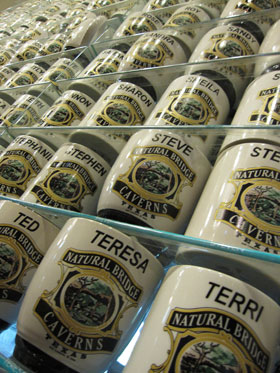 Having access to a digital camera is so freeing. I no longer have to buy things. I can just take a picture, and all it consumes is a few megabytes. Virtually no money is involved. No cubic feet, inches or centimeters need to be occupied in our cabinets. No children need to take trips to the Goodwill (charity shop) after I’m gone. No decisions in the morning of which mug to use.

But I do have a nice reminder of the visual texture a few hundred mugs provide.

Take only pixels, leave only footprints.

(By the way, those of you who know me realize I would not take one of these mugs for myself, even if it was free. And this is not a comment against those of you who like to collect mugs. I do collect physical – and virtual – toothpaste. I have my vices.)